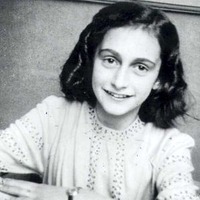 She lived in Amsterdam with her parents and sister. During the Holocaust, Anne and her family hid in the attic of her father's office to escape the Nazis. It was during that time period that she had recorded her life in her diary. Anne died in Bergen-Belsen, in February 1945, at the age of 15.

It is the first ISO certified book industry in India. Read more ...